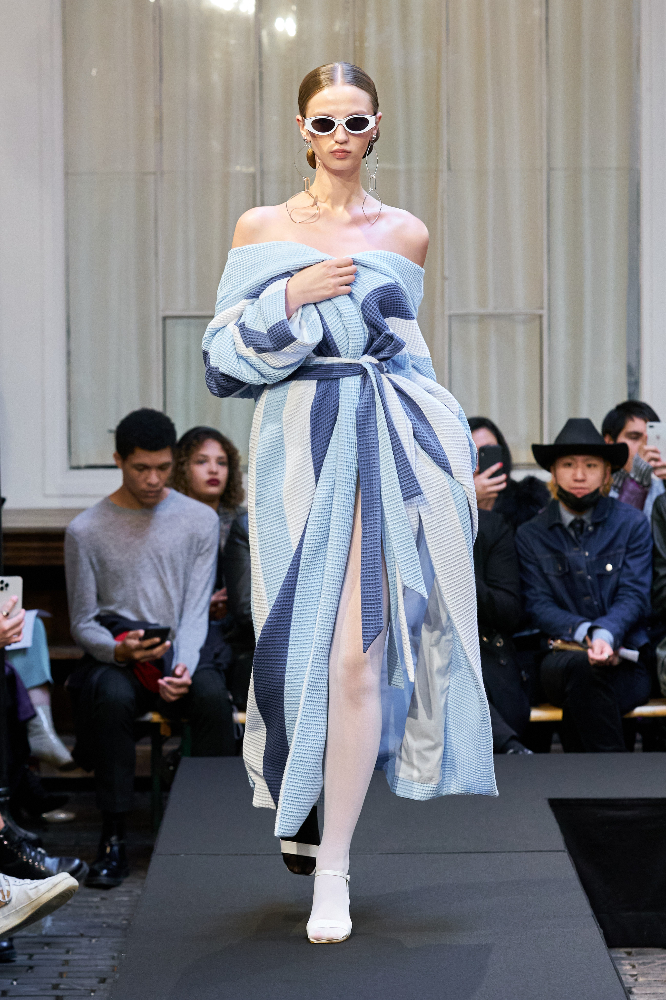 LARUICCI was launched by Lauren Ruicci in 2009, and the first jewelry collection was presented in NYC.

Cem Cinar was appointed Creative Director of RTW in 2019 and the first RTW collection was launched in fall 2019.

October 3rd was the launch of 4th RTW collection.

GOOD TO KNOW - RTW studios are based in Paris, the jewelry studios in NYC.

The ready to wear line, headquartered in Paris, is an extension of the offbeat world of LARUICCI mixing codes of luxury with punk and playful inspirations. Inspired by the glamour of historical shapes flaunting their blurry reality, the fabrications manifest a contemporary digital twist to express the mood of the moment in a new world. Taking on a parallel universe inspired by the magical sensations of dance floor strobe lights and city daydreams, theSS22 collection gives a look at LARUICCIs soft focus universe with versatile pieces in a technical glam culture clash, exploring the raw energy and soul of the eccentric 00s fused with nightlife gear from the 90s dark rave scene. Flashes of Paris shining through the golden lens of 2021 New York City cut with a digital edge, LARUICCI creates expressive luxury while staying underground, aiming to unleash the most brave version of yourself.