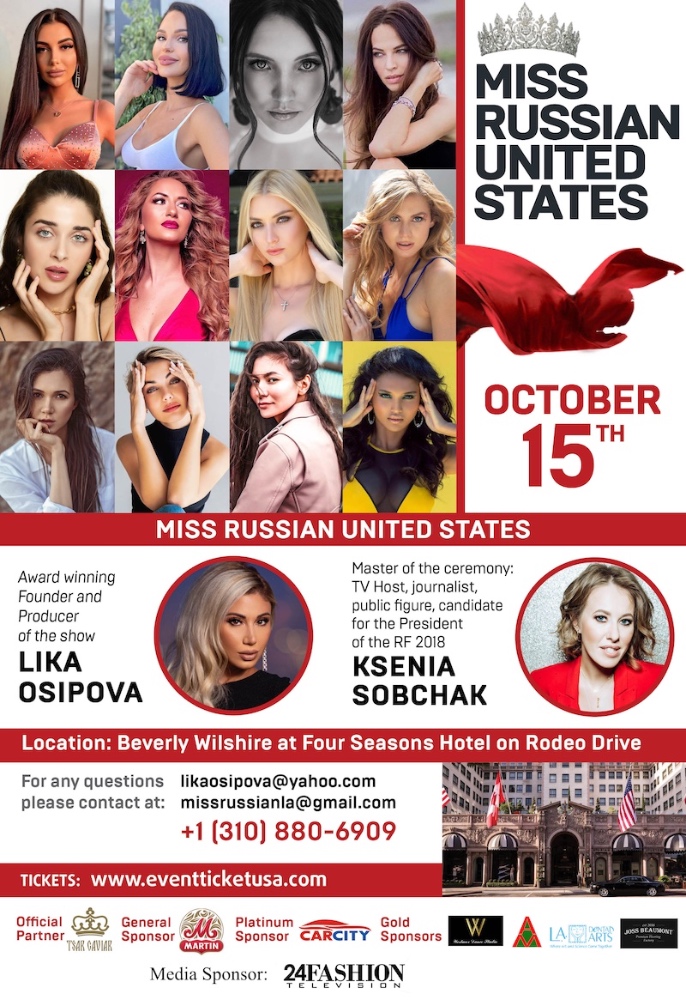 Fourteen Russian Beauties from All Over the USA to Compete for the Crown!

I originally founded this event to showcase new talent in our community, and I am so excited to be apart of the growth of this event on the national platform, as it is the only a pageant that welcomes Russian-speaking women from different states to participate, says Lika Osipova, award winning Producer/Director of Miss Russian United States 2021. Its not just a beauty pageant, but also an exciting talent event where the judges discover new talent! This show will highlight the true beauty of their souls, bodies, and minds.

As the champagne flows, the caviar dreams begin for these stunning contestants. This star-studded event will offer special performances by a bevy of international talent. Direct from Russia, this years Master of Ceremonies will be the Russian powerhouse Ksenia Sobchak. This reality TV star and socialite with over seven million Instagram followers turned Russian political candidate challenged Vladimir Putin for the presidency in 2018 by announcing her campaign in a YouTube video.

I am honored to be the host of Miss Russian United States and to see all these amazing, empowered women, says Ksenia Sobchak. And like I have said, it is my hope that Russias women will break the traditionally conservative views about themselves. I even have a dream: I want one day to see a big womens march in Russia like here in America.